The Well Of Light
Search

Well of Light
The Myth of Separation

​The Buddha taught that suffering arises out of feeling separate. To the degree that we identify as a separate self, we have the feeling that something is wrong, something is missing. We want life to be different from the way it is. An acute sense of separation—living inside of a contracted and isolated self—amplifies feelings of vulnerability and fear, grasping and aversion. Feeling separate is an existential trance in which we have forgotten the wholeness of our being.
Tara Brach

Dear Ones,
​
There’s so much suffering in the world today! Perhaps the root of this suffering is at the heart of all the problems we are currently facing; climate change, economic disparity, global conflict, war, mental illness and the destruction of our ecosystems. Each of these issues emanates from one common belief, that we are somehow separate from each other and the world.​ 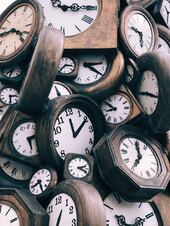 ​This belief began some 300 years ago with the emergence of the Newtonian-Cartesian perspective that we are simply objects in a world of objects. At that time we began to see ourselves as separate from each other and the world around us. This belief has become institutionalized in our language, beliefs and ways of being in the world. We began to see and act as though we were not a part of the ecosystem which has fed, clothed and nurtured us through over 200,000 years of evolution. But, the quantum world is coming of age and we are seeing a reemergence of the marriage between science and mysticism. ​
The notion of a separate organism is clearly an abstraction, as is also its boundary.
Underlying all this is unbroken wholeness even though our civilization has developed
​in such a way as to strongly emphasize the separation into parts.
David Bohm 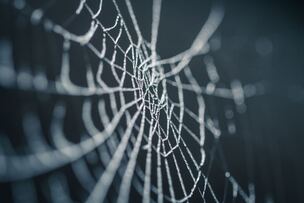 One of the most basic foundational discoveries of quantum physics is the notion of non-locality and inseparability. This implies that the universe is not made up of separate disconnected parts, but in fact everything is intimately and immediately connected in a profound and inseparable way. While physicists tend to hedge their bets by confining this understanding to the microscopic quantum world, there is growing evidence that it also applies to the macro world. This supports the ancient view of the interconnected web of life held for millennia by mystics, shamans and indigenous medicine people.
What does this mean in the world of everyday action and interaction? It means that it is time to begin embracing and practicing seeing the world through the eyes of  interconnectedness, rather than falling back on the automatic and unexamined assumption of separation. This implies a contextual shift in perception, which begins by asking ourselves “What If questions”! What if my actions (ways of being, listening, seeing, experiencing and sensing) were correlated to a view of profound interconnectedness with everyone and everything? ​

From this perspective the greater the diversity, the larger the opportunity to experience unity and interconnection. By viewing every interaction as an opportunity to experience deep and profound relatedness, especially with those who we would normally categorize as “other”, we break down the walls of separation that keep us imprisoned in our lonely shell of numbed existence. Rather than diminishing ourselves with deciding whose view is correct, we can expand our sense of self to include “both / and !” We begin to look for the commonalities and at the same time see how oppositional views actually shape and bring us into harmony by allowing the relative truth between the opposing views to emerge.
The poet, Mark Nepo talks about the two tribes - the “You’re different, go away tribe” - and the “You’re different, come teach me tribe”. To which tribe will you belong? To belong to the "Come teach me tribe" you would have to give up your strongly held opinions, embrace uncertainty and look for the commonalities in the other person or people. To do this will put you right on the path of doing your inner shadow work...
The fastest route to connection with others is to go inward… It is through our inner landscape that we are offered a direct line to the whole complex web of life.
Loren Swift​ 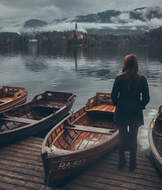 And so we find ourselves at a crossroads; will we recognize and cultivate relational intimacy, or what Thich Nhat Hanh calls inter-being? Or will we all go down in our separate little row boats as a failed human experiment? The stakes are high, but so are the rewards. Climate change may just be the catalyst that forces us to come together by doing our own inner work and healing the wounding that keeps us stuck in the myth of separation. Will we become a part of the Great Turning or will we turn a blind eye to the greatest threat and most profound evolutionary possibility of all time?
I hope you will join us in the practice of inter-being. Remember, it only takes about 10% of the population to cause a world view shift. The Well of Light team is committed to this transformation and are here to support you! Please let us know how we can do that!
With infinite love and boundless gratitude,
Michael, Meriel and the Well of Light Team
Your task is not to seek for love, but merely to seek and find all the barriers
within yourself that you have built against it.
Rumi 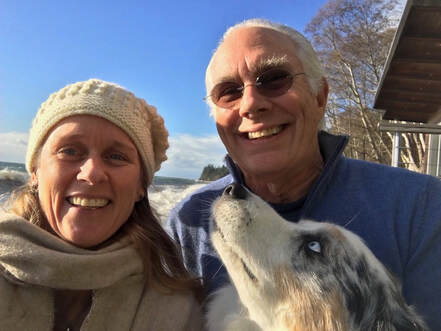